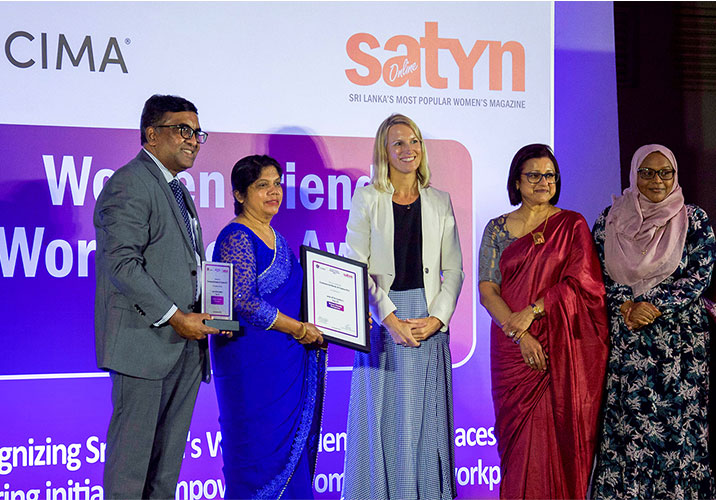 Commercial Bank’s commitment to the principles of equal opportunity irrespective of gender and other variables in its Human Resources Management processes including recruitment policy, benefits and pay, training and development opportunities, and policies on abuse and harassment, contributed towards winning this award.

In 2019, Commercial Bank entered into a partnership with the IFC to strive for gender parity: establishing women in leadership programmes, performing gender awareness training, establishing women networks, and obtaining women employer certification (EDGE) are among the medium-term objectives of this effort.

The Bank's commitment to women's empowerment is also evident in its products that support women's health and wellbeing, career advancement, education, access to finance and financial independence.

Earlier this year, the Bank was presented the award for the ‘Best CSR project on women empowerment by an organisation’ at the 10thedition of the ‘Top 50 Professional and Career Women Awards, Sri Lanka & Maldives’ - an event organised by Women in Management (WIM), a leading organisation in Sri Lanka dedicated to the success of women, together with IFC and the Government of Australia via Australia Aid.

Sri Lanka’s first fully carbon neutral bank, the first Sri Lankan bank to be listed among the Top 1000 Banks of the World and the only Sri Lankan bank to be so listed for 11 years consecutively, Commercial Bank operates a network of 268 branches and 931 automated machines in Sri Lanka. The Bank’s overseas operations encompass Bangladesh, where the Bank operates 19 outlets; Myanmar, where it has a Microfinance company in Nay Pyi Taw; and the Maldives, where the Bank has a fully-fledged Tier I Bank with a majority stake.