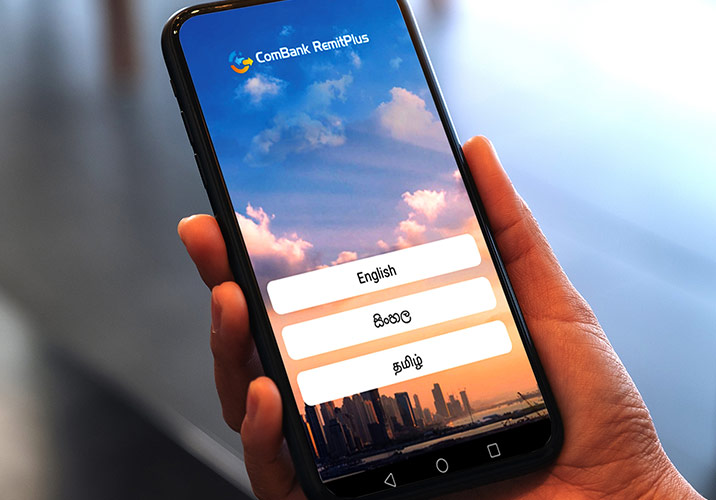 The Commercial Bank of Ceylon has announced that it is starting 2022 on a rewarding note with the launch of ‘Win a Million’ – a remittance promotion that will make four instant millionaires in four months and reward another 40 recipients of remittances with a total of Rs 1 million in cash.

The prize purse of Rs 5 million will be shared by the Bank’s remittance customers chosen at monthly draws between 1st January and 30th April 2022 under this promotion, the Bank said. Each month, the Bank will pick one grand prize winner to receive Rs 1 million and another 10 lucky winners who will receive Rs 25,000 each in consolation prizes.

Recipients of money via ComBank RemitPlus – the remittance service of the Bank – will automatically be entered into the draw. Every customer who receives remittances directly to a Commercial Bank Account during the promotion period and those who collect the remitted cash from a Commercial Bank branch close to them will be eligible to enter the monthly ‘Win a Million’ draws.

In addition to the chance to win these cash prizes, every worker remittance sent via the Bank, will be eligible to receive an additional Rs 10/- over the prevailing exchange rate for every US Dollar converted until 31st January 2022, the Bank said.

The Bank said it will publish details of winners on its social media platforms as well as the Bank’s ‘RemitPlus’ App.

Remit Plus is the instant money transfer service of Commercial Bank which enables Sri Lankan expatriates to make instant money transfers from many countries around the world. A sophisticated, low cost, real time, online money transfer facility, Remit Plus can be accessed by remitters through a network of agents. The Bank’s business partners for remittances in more than 130 countries provide remittance services through which the amount will be credited to relevant Commercial Bank accounts instantly at any time of the day, any day of the year.

In 2019, the Bank launched ‘ComBank RemitPlus’ – a remittance app to enable those who use the Bank’s remittance services to conveniently access remittance-related information and services. The mobile app which could be downloaded for both iOS and Android operating systems serves as an information app and connects both the remitter and sender for interactions about the tracking of the remittance. No joining fee or annual fee is levied on the usage of this app. Regular remittance receivers are eligible to open a Remittance Account and are eligible to obtain a Remittance Card, free of charge.

Commercial Bank is one of the most active players in Sri Lanka in the field of remittances. One of the Bank’s key strengths is its island-wide network of 268 branches, many of which remain open on public, bank and mercantile holidays, and its network of 931 ATMs, which is the largest automated cash dispensing system owned by a single private bank in Sri Lanka. Recipients of remittances sent to the Bank enjoy many benefits such Holiday Banking Centres and supermarket counters, a dedicated customer support call centre for remittances and SMS alerts facilities once the remittance is received and is ready to be paid out.

Commercial Bank is Sri Lanka’s first 100% carbon neutral bank, the first Sri Lankan bank to be listed among the Top 1000 Banks of the World and the only Sri Lankan bank to be so listed for 11 years consecutively. It is the largest lender to Sri Lanka’s SME sector and is a leader in digital innovation in the country’s Banking sector. The Bank’s overseas operations encompass Bangladesh, where the Bank operates 19 outlets; Myanmar, where it has a Microfinance company in Nay Pyi Taw; and the Maldives, where the Bank has a fully-fledged Tier I Bank with a majority stake.