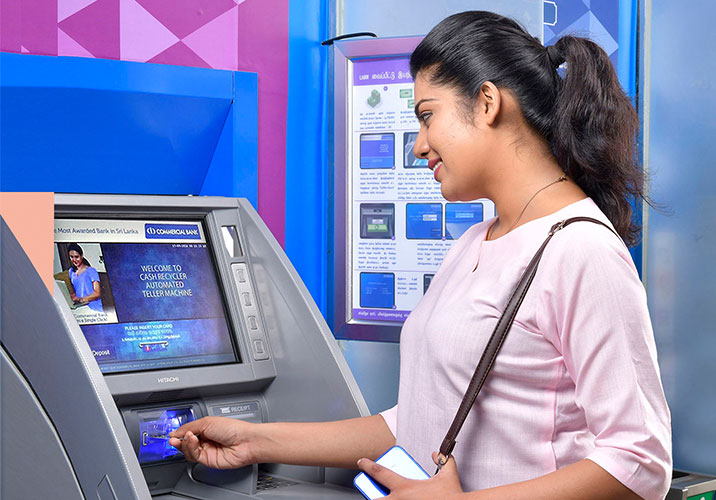 The automated cash dispensing network of the Commercial Bank of Ceylon which comprises of ATMs and Cash Recycler Machines (CRMs) dispensed a mammoth Rs 91.872 billion in December, as Sri Lankans celebrated the festive season and prepared for 2022.

On 31st December, the network dispensed Rs 4.234 billion, a single-day figure surpassed only by the disbursements of 9th and 10th April 2021, Sri Lanka’s benchmark private sector bank reported. On 16 days in December, the network dispensed more than Rs 3 billion per day, with the highest single-day disbursements recorded on 31st December, 10th December and 24th December.

Emphatically demonstrating the indispensable role it plays in the lives of Sri Lankans as well as the reliability and robustness of the network, Commercial Bank’s ATMs and CRMs dispensed a total of Rs 848.427 billion in 2021 at a monthly average of Rs 70.7 million, the Bank said.

Commercial Bank is Sri Lanka’s first 100% carbon neutral bank, the first Sri Lankan bank to be listed among the Top 1000 Banks of the World and the only Sri Lankan bank to be so listed for 11 years consecutively. The Bank operates a network of 268 branches in Sri Lanka, and its ATM/CRM network is the largest automated cash dispensing system owned by a single private bank in the country. Commercial Bank is the largest lender to Sri Lanka’s SME sector and is a leader in digital innovation in the country’s Banking sector. The Bank’s overseas operations encompass Bangladesh, where the Bank operates 19 outlets; Myanmar, where it has a Microfinance company in Nay Pyi Taw; and the Maldives, where the Bank has a fully-fledged Tier I Bank with a majority stake.