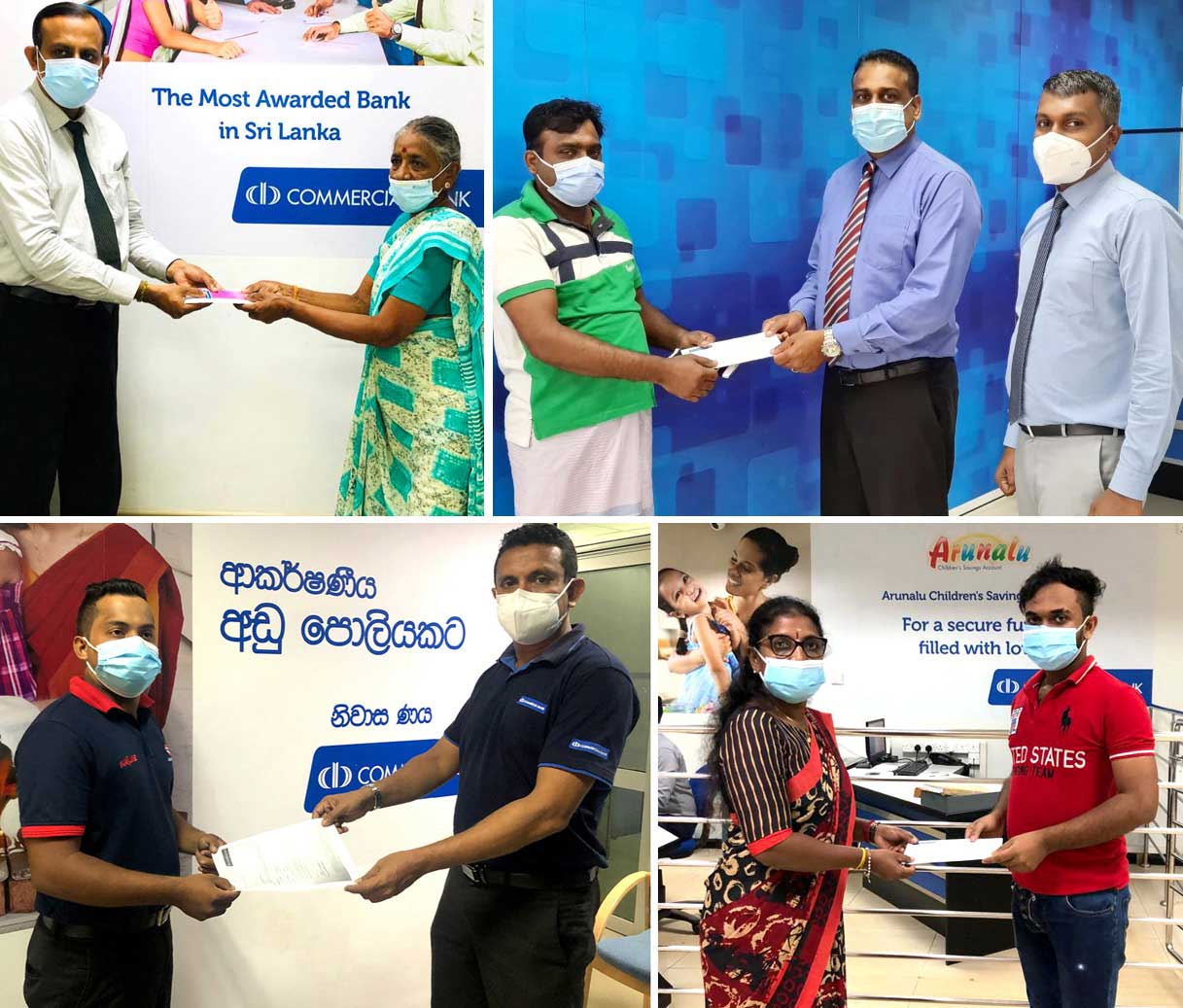 Sixteen recipients of Western Union and MoneyGram remittances who collected their funds from a branch of Commercial Bank of Ceylon have doubled the money received under a promotion launched by the Bank with the two global money transfer services. Eight recipients of Western Union remittances and eight of MoneyGram were rewarded through weekly draws under this promotion which concluded on 15th November, the Bank said.

A total of up to Rs 800,000 in prize money was on offer under this promotion. Pictured here are some of the early winners of the ‘Double Cash’ remittance promotion conducted by the Bank.