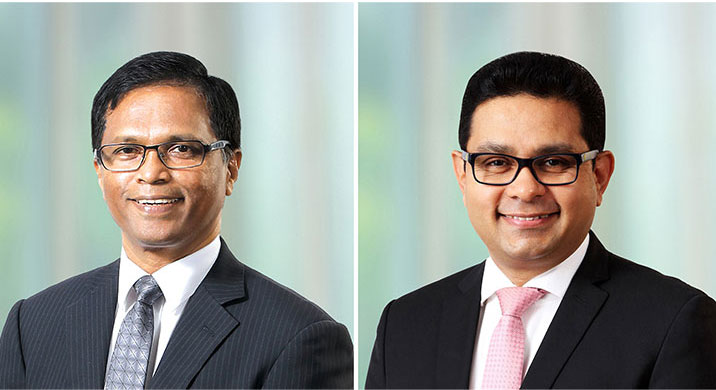 The Commercial Bank of Ceylon Group has posted a strong operational performance in the first nine months as well as in the third quarter despite the continuing adverse effects of macroeconomic variables which have necessitated a tripling of impairment provisions for the nine months ended 30th September 2022 and reduced profits for the quarter as well as the year to date compared to the corresponding periods of last year.

Nevertheless, the Bank reported that the third quarter witnessed a reversal of the operating loss before Value Added Tax (VAT) on Financial Services of Rs. 3.581 billion reported for the second quarter of the year.

These achievements were recorded even after providing relief for affected businesses and individuals in line with directions issued by the Central Bank of Sri Lanka as well as the Bank’s own relief schemes which included deferment of repayment terms of credit facilities, concessionary rates of interest on eligible loan products (debt moratorium) and waiving off certain fees and charges following the global pandemic, the Bank said.

Comprising of the Commercial Bank of Ceylon PLC, its subsidiaries and an associate, the Group reported gross income of Rs 195.573 billion for the first nine months of 2022 and Rs 76.056 billion for the third quarter, reflecting robust growth rates of 62.91% and 89.58% respectively in topline. Growth in loans and a noteworthy increase in income from interest-earning assets resulted in interest income for nine months improving by 56.15% to Rs 150.257 billion and by an even more impressive 89.04% to Rs 62.140 billion for the third quarter.

However, the growth in deposits in the review period combined with a sharp rise in interest rates and the consequent conversion of low-cost funds to high-cost funds saw interest expenses increasing by 79.58% to Rs 87.443 billion for the nine months, and by a whopping 142.71% to Rs 40.039 billion for the third quarter. The Bank’s CASA ratio, an industry benchmark, stood at 40.14% at the end of the nine months reviewed, as against 47.83% at end 2021 and 42.72% at end 2020. The increase in interest rates and the consequent reduction in the CASA ratio contributed to the higher interest expenses recorded in the period reviewed.

Noting that the external challenges that have depressed profit and other indicators continued in the third quarter, Commercial Bank Chairman Prof. Ananda Jayawardane said: “The growth we have recorded in business volumes indicates that core banking operations remained intact. The single biggest impact on growth in terms of bottom line continues to be the burgeoning provisioning for impairment, which is an unavoidable response to the prevailing economic environment. Such provisioning assures our stakeholders that the Bank is financially prepared for any future contingencies.”

The Bank’s Managing Director and CEO Mr Sanath Manatunge commented: “Our results underline that at Commercial Bank, risk appetite and risk tolerance continue to be well-managed, especially in the context of the challenges faced by the banking sector. We have continued our focus on preserving the quality of the loan book, managing interest rates and liquidity, while improving compliance to minimize reputational risk. The increase in the cost of funds is inevitable, but all possible steps have been taken to increase the fee-based income and to maintain non-interest costs at acceptable levels.”

According to the Interim Financial Statements filed with the Colombo Stock Exchange (CSE), the Commercial Bank Group recorded a total operating income of Rs 103.837 billion for the nine months under review, an improvement of 50.59%. The figure for the third quarter was Rs 34.605 billion, reflecting an even stronger growth of 53.07%.

The net fee and commission income of the Group improved by 61.84% to Rs 13.913 billion for the nine months, while other income, which comprises of net gains from trading, net gains from derecognition of financial assets and net other operating income, grew by 111.45% to Rs 27.111 billion. Net gains from trading for the period amounted to Rs 34.124 billion compared to Rs 2.037 billion recorded for the corresponding period of the previous year. This was primarily from realized and unrealized gains from forward exchange contracts, spot and swap transactions and mark to market gains.

Impairment charges and provisions for other losses for the nine months amounted to Rs 52.272 billion, reflecting an increase of Rs 34.274 billion or 190.44% from Rs 17.997 billion recorded for the corresponding nine months of 2021. For the third quarter alone, impairment charges nearly quadrupled to Rs 17.053 billion from Rs 4.343 billion provided in respect of the third quarter of last year. Notably, a substantial portion of the impairment charges is on account of Government Securities denominated in Foreign Currency in view of the Sri Lankan Sovereign rating downgrade and the debt restructuring program currently being negotiated by the Government. Further, the exchange impact on impairment charges on loans and advances and Government Securities denominated in foreign currency was adjusted in Net Other Operating Income where the corresponding exchange gains are recognised. This was done in order to accurately reflect the underlying cost of risk and also to normalize the exchange gains and losses reported, the Bank said.

As a consequence of the increased impairment charges, net operating income for the nine months under review improved only by a marginal 1.20% to Rs 51.566 billion, while the figure of Rs 17.552 billion for the third quarter reflected a decline of 3.9%.

Operating expenses increased by 22.26% for the nine months to Rs 26.017 billion, and by 10.90% for the third quarter to Rs 7.985 billion, mainly due to the impact of inflationary pressures, Rupee deprecation and an increase in Government taxes. Consequently, personnel expenses increased by 20.40%, depreciation and amortization by 8.58% and other operating expenses by 30.59%. As a result, the Group’s operating profit before Value Added Tax on Financial Services reduced by 13.90% to Rs 25.549 billion for the nine months under review and by 13.53% to Rs 9.567 billion for the third quarter.

With VAT on Financial Services reducing by 23.81% to Rs 3.511 billion, the Group reported a profit before tax of Rs 22.036 billion for the nine months, recording a decline of 12.09% over the first nine months of 2021. Income tax for the period increased by 8.70% to Rs 6.576 billion despite the drop in pre-tax profit for the period under review as the figure for the corresponding nine months of 2021 was reduced by the reversal of an over-provision for 2020 resulting from the reduction in the corporate tax rate from 28% to 24%, which was adjusted in the first quarter of 2021.

Consequently, the Group’s profit after tax of Rs 15.460 billion for the nine months represented a decline of 18.70% compared to the corresponding period of last year. For the third quarter, the Commercial Bank Group reported a net profit of Rs 6.283 billion, a reduction of 5.72% compared to the same period of last year. Taken separately, Commercial Bank of Ceylon PLC posted a profit before tax of Rs 20.649 billion for the nine months, a drop of 15.46% while profit after tax for the third quarter was down 22.40% to Rs 14.438 billion.

Here too, the Bank said the primary reason for the growth in gross loans and advances and deposits was the sharp depreciation of the Sri Lankan Rupee against the US Dollar in the first half of the year.

Sri Lanka’s first 100% carbon neutral bank, the first Sri Lankan bank to be listed among the Top 1000 Banks of the World and the only Sri Lankan bank to be so listed for 12 years consecutively, Commercial Bank operates a network of 268 branches and 940 automated machines in Sri Lanka. Commercial Bank is the largest lender to Sri Lanka’s SME sector and is a leader in digital innovation in the country’s Banking sector. The Bank’s overseas operations encompass Bangladesh, where the Bank operates 19 outlets; Myanmar, where it has a Microfinance company in Nay Pyi Taw; and the Maldives, where the Bank has a fully-fledged Tier I Bank with a majority stake.

ComBank engages with Sri Lankans in Singapore to promote business