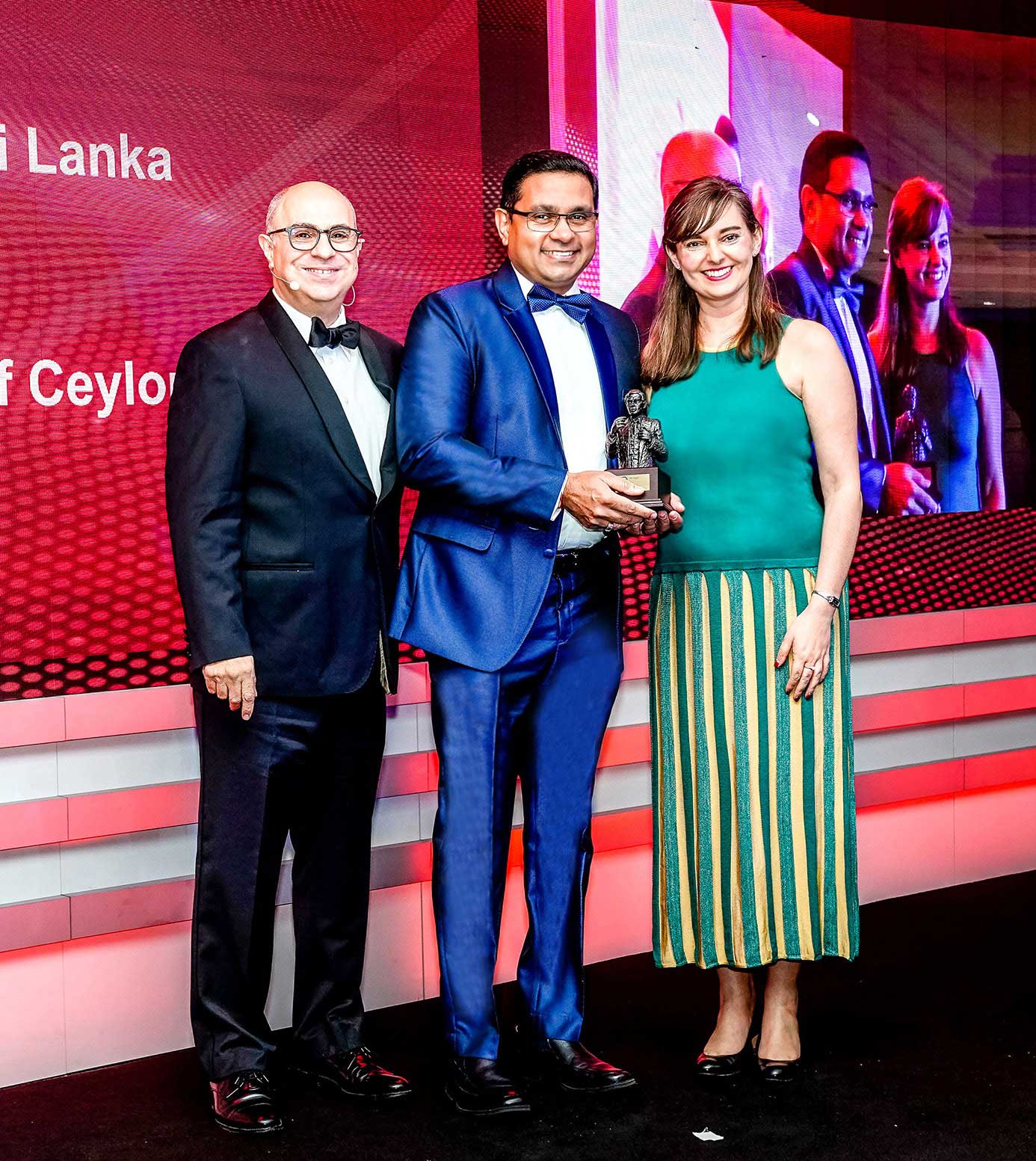 The Commercial Bank of Ceylon has been crowned Sri Lanka’s ‘Bank of the Year’ by the respected ‘The Banker’ magazine of the UK, the Oscar equivalent of the banking fraternity.

This is the 12th occasion that Commercial Bank has won this coveted award which is presented in recognition of the Bank’s ability to deliver returns, gain strategic advantage and serve the market while being regarded as the industry standard for banking excellence.

‘The Bank of the Year’ title is conferred upon financial institutions excelling in growth and performance, strategic initiatives, innovation in technology, new or upgraded products and services, and other noteworthy achievements in the field.

“Being named Bank of the Year 12 times is a remarkable achievement by any standards,” Commercial Bank Managing Director/CEO Mr Sanath Manatunge observed. “Winning this title in respect of 2022 is particularly noteworthy in the context of the conditions that prevailed. Our performance under intense pressure is a tribute to the entire Commercial Bank team, which has delivered consistently, leading to the numerous accolades won this year.”

Other factors considered for The Banker’s ‘Bank of the Year’ award encompassed Commercial Bank’s strategic initiatives such as enhancing its online banking platform ComBank Digital to better cater to its business user segment, launching social media-based banking with trilingual access, and implementing a new Customer Relationship Management (CRM) Platform, among others.

In terms of innovative technology, the Bank launched an award-winning end-to-end automation solution for its credit card on-boarding process, to improve customer experience and reduce operational costs. Furthermore, to position itself as the bank of choice for women by 2023, it unveiled ‘Anagi Women’s Banking,’ Sri Lanka’s first comprehensive women’s banking initiative that includes both financial as well as non-financial benefits to support the aspirations of women.

The range of new financial and non-financial products and services launched by the Bank under the Anagi Women’s Banking brand in the period assessed for the award included the Anagi Savings Account with a higher interest rate over regular savings, Anagi Business Loans exclusively for female business owners and businesses with female business partners or directors, Anagi Instant Loans for Salaried Women, Anagi Credit and Debit Cards with year round discounts and offers, Anagi Pawning with a lower interest rate and life and general insurance for Anagi account holders.

Commercial Bank also expanded the scope of the “Dirishakthi” Micro Entrepreneurs Loans scheme to benefit not just individual borrowers but all participants in their value chains. The new enhancements saw the introduction of the ‘Dirishakthi Value Chain Development Programme’ and the ‘Dirishakthi Sustainable Entrepreneurship Development Programme’ that together aim to increase the capacity of microentrepreneurs’ production chains by providing both financial and non-financial services to stakeholders across the value chain.

The Banker Magazine provides economic and financial intelligence for the world's financial sector and has built a reputation for objective and incisive reporting. Since 1926, it has navigated its way through over 90 years of banking coverage from the Wall Street Crash of 1929 to the financial crisis of 2008 with the same reputation for accuracy, authority and integrity. The Banker strives to stimulate and inform, offering an unparalleled outlook with a wide range of news, features, analysis and interviews, and in-depth coverage of all the key issues facing the financial sector.

Sri Lanka’s first 100% carbon neutral bank, the first Sri Lankan bank to be listed among the Top 1000 Banks of the World and the only Sri Lankan bank to be so listed for 12 years consecutively, Commercial Bank operates a network of 269 branches and 943 automated machines in Sri Lanka. Commercial Bank is the largest lender to Sri Lanka’s SME sector and is a leader in digital innovation in the country’s Banking sector. The Bank’s overseas operations encompass Bangladesh, where the Bank operates 19 outlets; Myanmar, where it has a Microfinance company in Nay Pyi Taw; and the Maldives, where the Bank has a fully-fledged Tier I Bank with a majority stake